Blueair is a giant in the air purifier game, with models for pretty much every budget and price range. And with the next generation of Sense air purifiers, they aimed to secure their spot in the mid-range market:Â

The Blueair Sense+ is a smart little guy with an eye-catching exterior, cutting-edge technology that gives you total control over indoor air quality “ and a price tag that’s not too bad, either.Â

Does it have what it takes to dominate the most competitive segment “ the mid-range market?Â

Let’s find out together in this Blueair Sense+ review!Â

And wait until you read the rest of this Blue Air Sense + review!

The air purifier’s beautiful design “ a true expression of modern style “ is already enough to set it apart from the competition. Everything about the Blueair Sense+ was designed and put together with unmatched attention to details.Â

The unique wrap-around housing “ available in six different colors “ with a glass top and an eye-catching grille is, in fact, an internationally acclaimed, award-winning design!Â 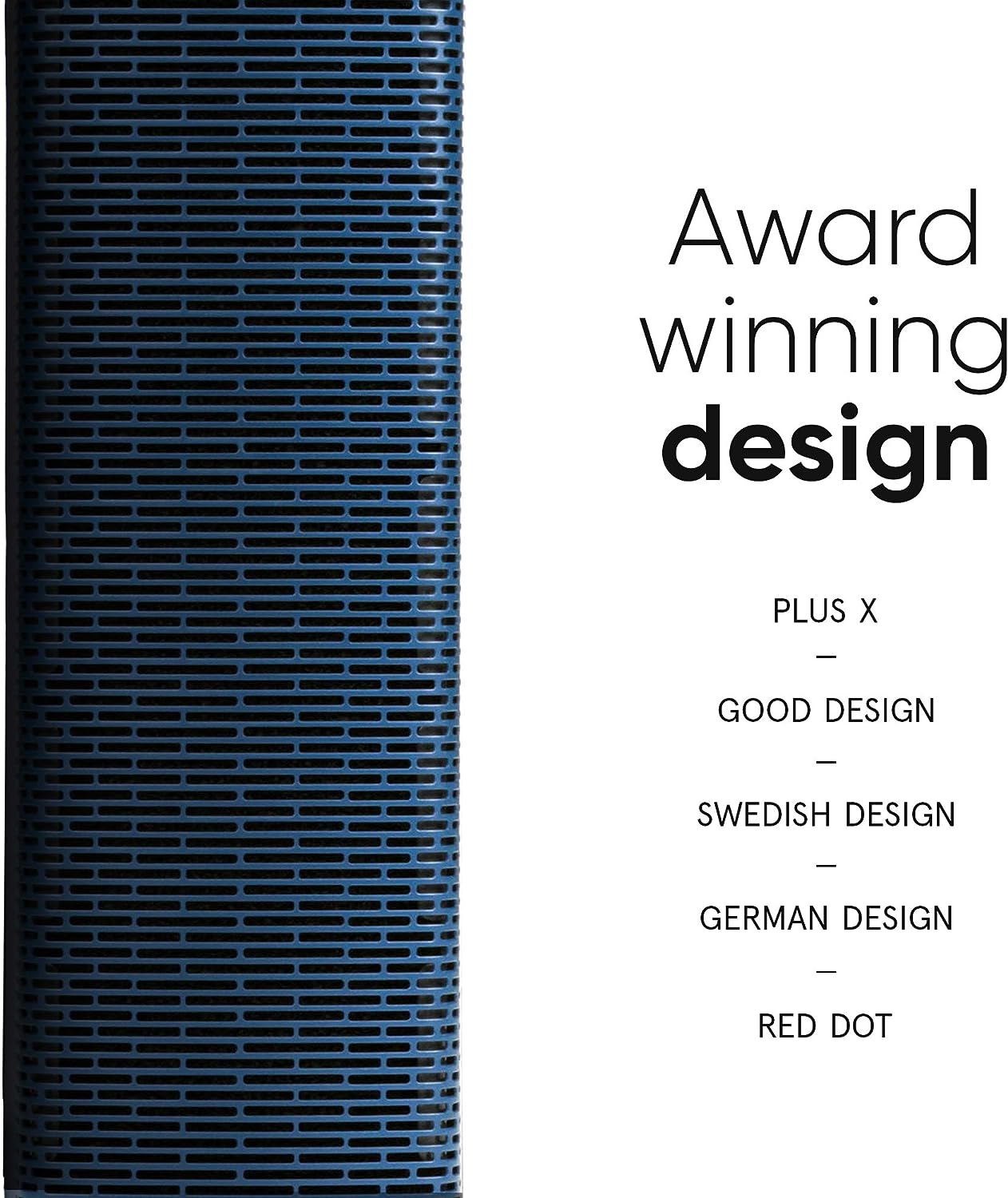 Measuring 19 inches in height “ with an 18.5-inch width “ the Sense+ isn’t the most compact air purifier I’ve tested, but it’s still far from bulky.Â

The air intake is located on one side of the housing, with the outlet on the other. Add the 24-pound weight and lack of casters, and you need to think things through placement-wise.Â

The glass top is more than a cool-looking design feature; it’s what makes the Blueair Sense+ the air purifier of the future. It acts as an LED screen that replaces a traditional control panel, removing physical buttons in favor of motion-sensing controls:Â

You can control the Blueair Sense+ by waving your hand!Â

Also, the actual setup is effortless; download the Blueair Friend app, power the Sense+ up, and follow the instructions.Â

Any air purifier is only as good as its filtration system:Â

The Sense+ employs HEPASilent technology “ a hybrid of mechanical and electrostatic filtration “ following in the footsteps of other Blueair models, and delivering actual HEPA performance that eliminates 99.97 percent of air-polluting particles.Â

Even more so, instead of one set of filters “ a polypropylene fibers particle filter combined backed up by an activated carbon sheet that removes odors, smoke, and VOCs “ the Sense+ has two!Â

The coverage of 186 square feet isn’t exactly mind-blowing but works well in bedrooms and small living spaces. The five air changes per hour are beyond impressive, though, and the CADR ratings are in line with its coverage, amounting to 140/150/120 for dust, pollen, and smoke, respectively.Â

The HEPASilent technology also comes in handy by keeping the noise levels down:Â

The lowest fan speed produces a mere 29 dB “ and you can hardly hear a sound. The noise does become a bit more noticeable as the rate goes up, but at 50 dB, it’s still reasonably quiet.Â 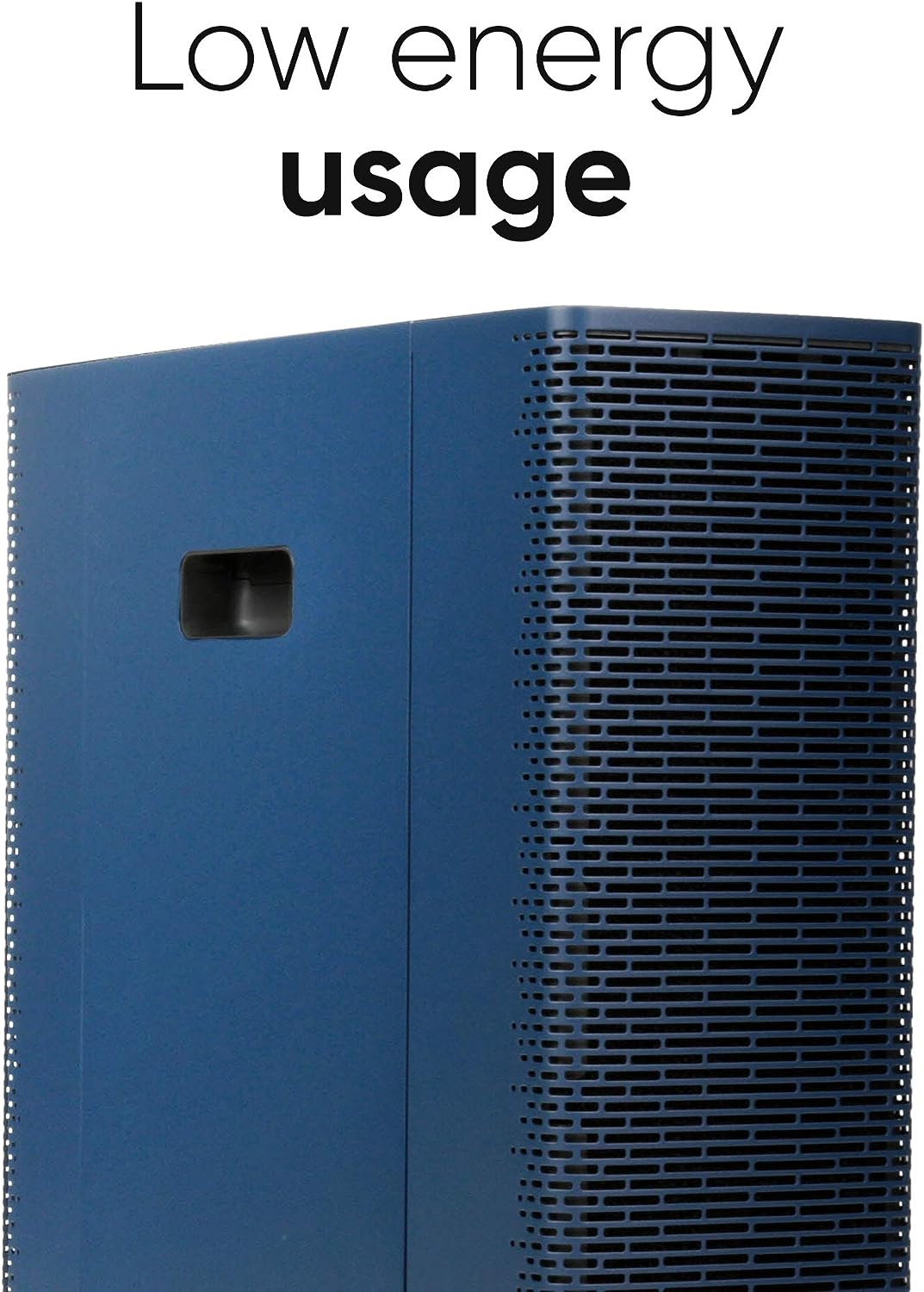 As for all the fine-tuned remote controls “ adjusting fan speed, LED brightness, timers, and such “ you have the Blueair Friend app at your disposal since Wi-Fi connectivity is enabled.Â 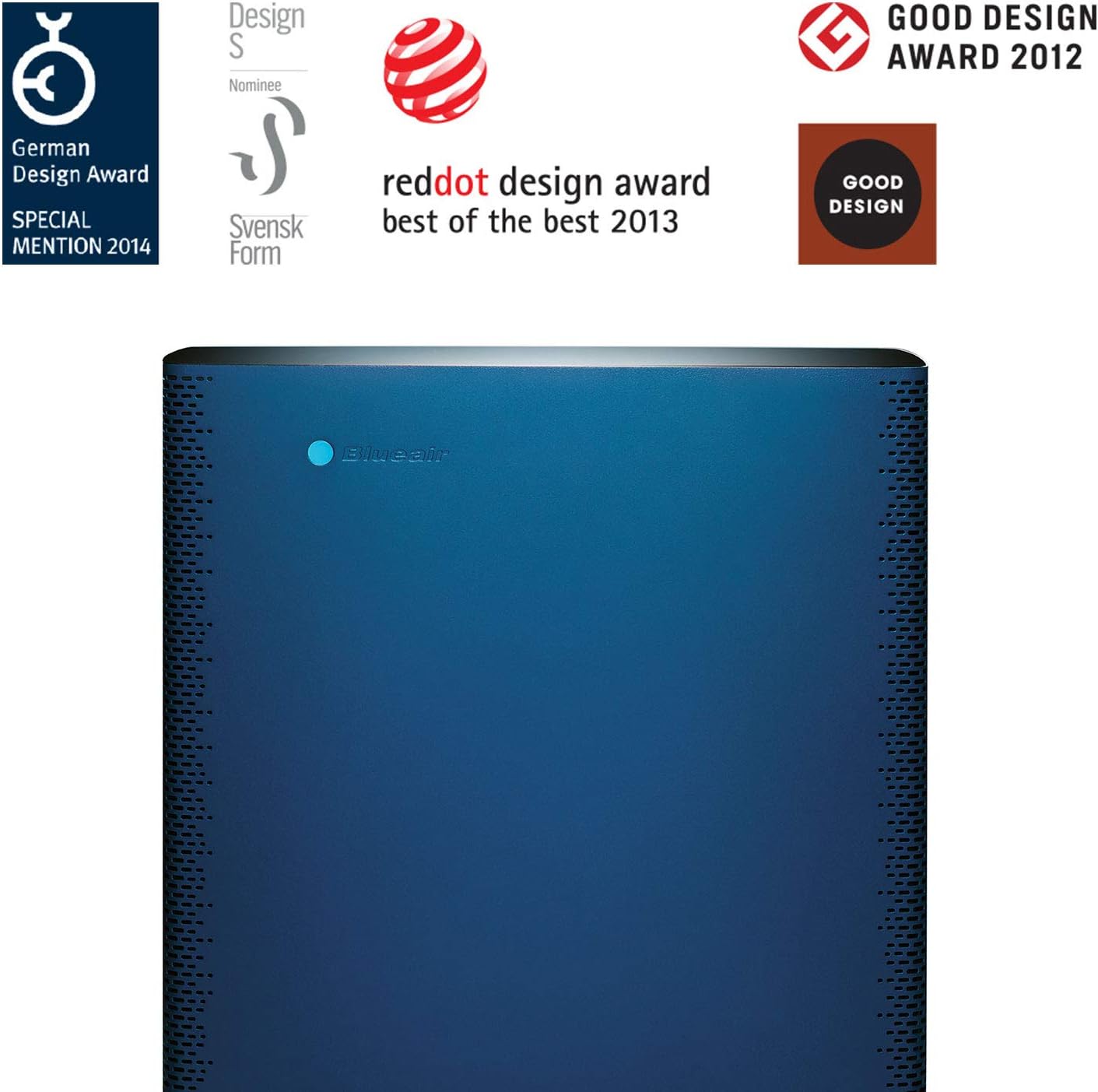 Everything I talked about in this Blue Air Sense+ review the award-winning design, the Wi-Fi connectivity, the motion-sensing controls, and the exceptional HEPASilent technology “ goes to show that this air purifier still is the best bang for your buck.Â

If you want an air purifier that can make a genuine impact on the air quality inside your home and, at the same time, look all tech-savvy and cutting-edge doing it, the Blueair Sense+ is the way to go!

Related Posts  3 Undeniable Facts To Tell If An Air Purifier Is Working Well?
"Disclaimer: We are using Amazon affiliate Product Advertising API to fetch products from Amazon.com, include: price, content, image, logo, brand, feature of products, reviews which are trademarks of Amazon.com. So, when you buy through links on our site, we may earn an affiliate commission." Learn more