Today we review the iRobot Braava jet 240 mopping robot. It is quite a bit cheaper than iRobot’s top of the line M6 which we’ve also reviewed. After putting the Braava jet 240 through a lot of research and looking at a lot of reviews, there’s some definite selling points for even this budget friendly model. All are included in our previous article that compare Braava jet 240 vs 380t vs M6. 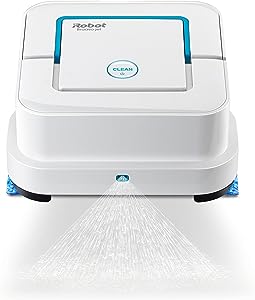 The Brava jet 240 is a small little bot designed to be able to get into hard-to-reach places. The basic idea is that you add water or a water solution mix to the water tank. You then attach one of the three types of mopping pads, either a dry, damp or wet pad, which the robot will automatically detect the type and then set the amount of water to use.

If you’re using the damp or wet pad, it will spray a little bit of water in front of the unit periodically. As it methodically mops the area, it has a vibrating head to help break up Tufts stains on all types of floors. The 240 has a pad object button so you don’t have to touch the dirty mopping pads. It has many of the same sensors found on regular robot vacuums. For example, it can detect cliffs so it won’t fall downstairs. 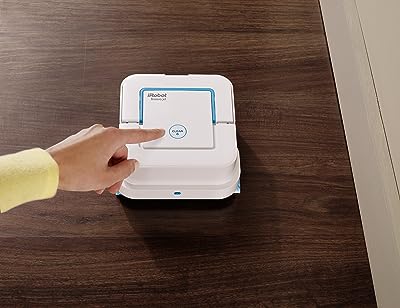 Starting off with the pros, it was really impressed with its mopping ability with wet spills even though, to be honest, that’s really just about being able to soak up liquid with the pad. Regarding the dried stain test where I created stains and let them dry overnight, I found it to be above average.

It removed light stains like coffee in one pass, which it is considered to be better than most of the robot mop combos we’ve reviewed. It also did much better than average with the dried down V8 juice, which was surprising since V8 is usually the tougher stain to beat up.

With the great juice stains, which was a bit unrealistic in daily, it took two full runs to clear the area. 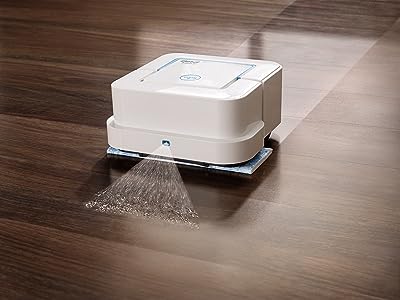 The second challenge might be considered more of a genuine real-world review and the 240 did exceptional with that one. In overall, the Brava jet 240 is a more than capable mop, which is after all designed to do with navigation. It should be noted that all three Brava jets from iRobot do navigation differently. Among them, the 240 is the most basic, but that’s not necessarily a bad thing.

As mentioned, you set it down facing the area that it should clean. It has an odd back-and-forth motion, but in general its algorithm was solid as it covered the entire area even navigating under chair legs and other difficult obstacles. It did take about an hour to cover the room, which is about double what it would take a normal robot vacuum, but it is effectively going over the area twice with its cleaning pattern.

In our research, it really did avoid the two rugs in the room and in general the 240 required a lot less attention than expected. There was one navigation run where it didn’t clean an entire side of the room. It does seem to be the exception and not the rule though. 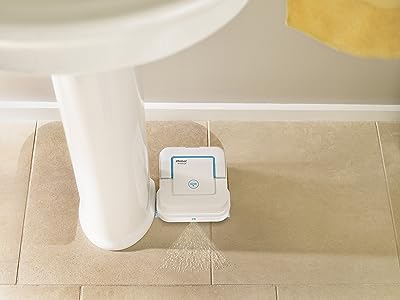 Typically, the 240 comes with one battery and one charger, but the removable one is preferable and fairly cheap to replace or buy extras up whereas the battery usage was really good too. iRobot says that one battery can do 150 square feet in wet mode and over 200 square feet for dry mode. Basically, that’s around 180 minutes with users reporting similar numbers in reviews.

To be honest, if we were talking about a regular robot vacuum, those numbers would be well above average. 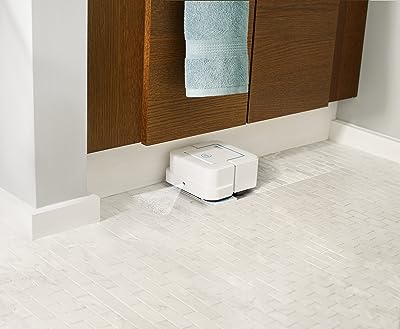 It was also really quiet even in wet mopping mode, much quieter than a regular robot vacuum. iRobot advertises that the 240 is good with corners and edges and it is actually quite impressed with its edge cleaning ability.

Its water tank seems small but it’s really efficient with its water usage. Water have never been running out in any individual reviews but it can’t all be good stuff. 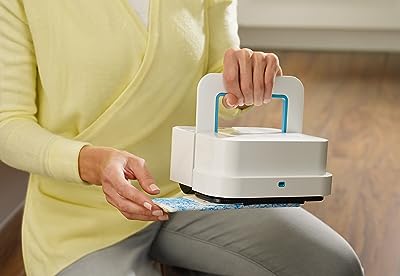 The first thing really isn’t a con, but it’s just a reminder that this is not a vacuum.

Idea of always having to replace the mopping pads is not a first choice, but on the flip side they are reasonably priced. There are good reviews on the reusable washable pads that iRobot sells separately.

Related Posts  Roomba 980 VS Roomba 985: Which One Will Prevail?

Related to that, some people reported that the disposable pads would leave streaks and it is uncertain that if they were referring to the clean pads or the dirty pads. Thus, we did one of the big room navigation reviews and tried to reuse that same dirty pad on the stain test, which left a lot of dirty streaks.

You need to keep an eye on the pad because if it’s particularly dirty it’s going to leave streaks. Some people complained that there was no charging dock for it to return back to like a normal robot vacuum does. 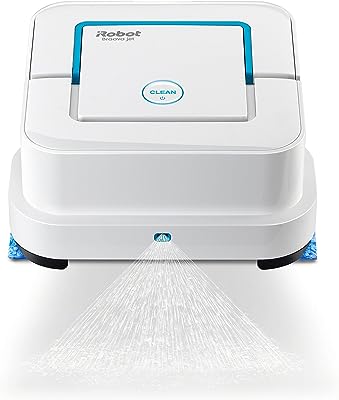 You grab it and then set it where you want it to go and let it go. It’s refreshingly simple though admittedly, not very high tech, at least by current standards. All in all, Brava jet 240 is over our expectation.

It’s really inexpensive, effective at its job and simple to operate. Most of the cons can be mitigated by good management of the mopping pad situation. Though it’s not for everybody or every situation.