LEVOIT LV-H132 is the best-selling product and one of the most popular air purifiers they made. Is this air purifier so good, does it justify its popularity and is it really that good? We will find out in this review.

It looks like a portable speaker. The ambient light and high-quality plastic give the additional premium look. This air purifier is very efficient despite the little air intake entry if we compare it to other air purifiers in this category. 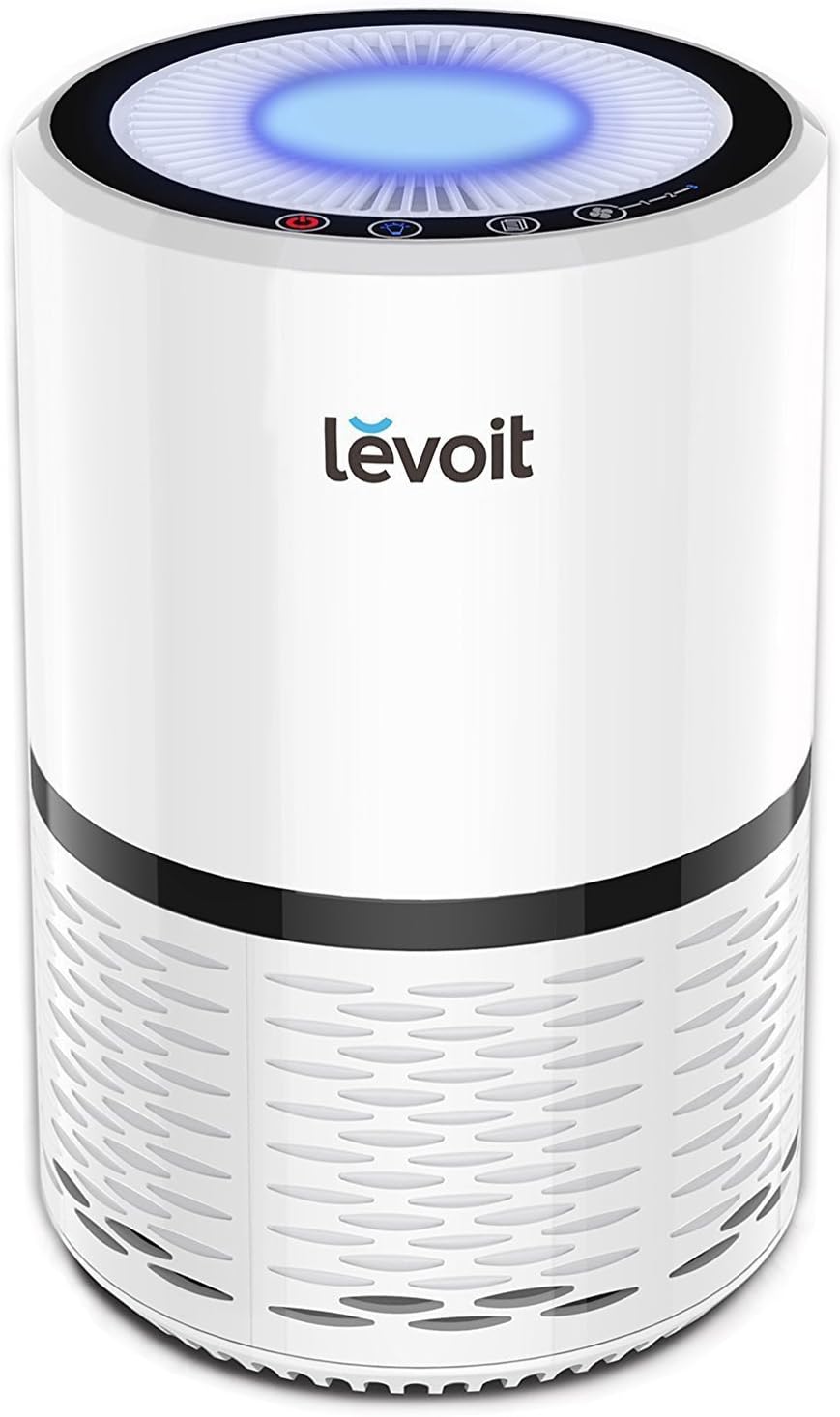 The touch panel is very accurate but not hypersensitive. The device is light and portable, without a problem, you can transport it from one location to another. The power cord is approximately 6 feet long.

Depending on the usage, you will need to replace the filters every six to eight months. LEVOIT has a built-in filter replacement indicator that will tell you when to replace filters.

To keep the filter running efficiently use a vacuum cleaner to clean the filter compartment once a month.

An upgraded engine powers this model, which provides greater stability, improved efficiency, and a longer lifespan. When running at first speed, the noise is low and sounds like white noise, which with the ambient light combination, can be an excellent way to get a good quality sleep. 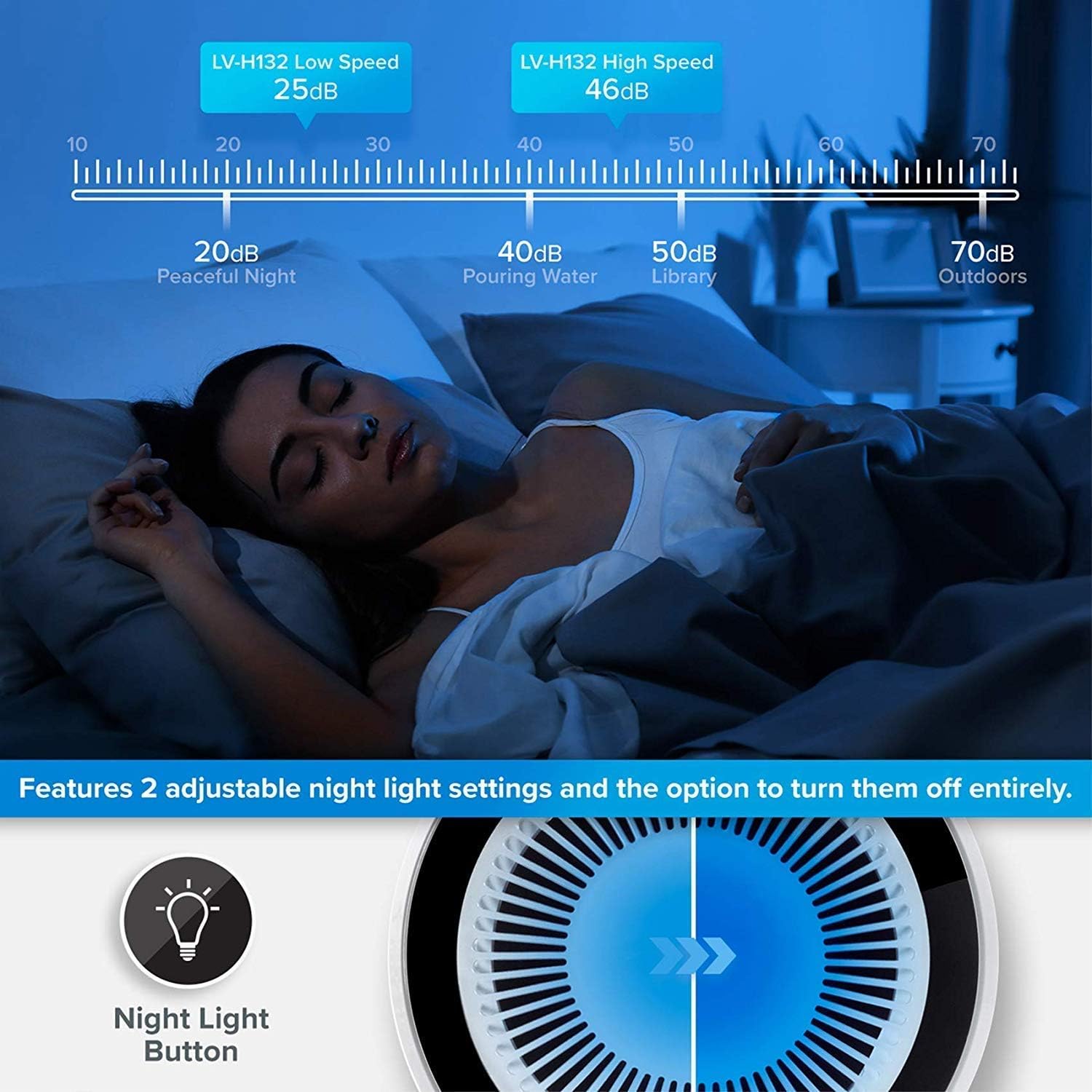 On first-speed air purifier makes the average sound volume of 43.1dBA. At the second speed, it makes 52.5dBA, and on the highest speed, it makes 57.7dBA. These results may be different from the one’s manufacturer made on their test.

This device uses little power consumption, so there won’t be any difference in the power bill. Much bigger expenses come when you need to replace the filter. Thankfully this is only required every six to eight months. Filters are cheaper than the filters on other air purifiers in the same category.

Just like all the air purifiers we have tested, this one was also tested for a whole month.

We did tests in rooms of different dimensions and different air quality. LEVOIT claims that this air purifier works great in rooms up to 129 square feet, and that is true, but we also proved that this air purifier works great even in larger rooms. In the room of 194 square feet, AQI was lowered by 87% in only one hour, which is proof that this device can work very well, even in larger rooms. In the 120 square feet room, results were impeccable, AQI was lowered by 88% from 67 to 8.

Related Posts  3 Undeniable Facts To Tell If An Air Purifier Is Working Well?

We have put LEVOIT LV-H132 on the real challenge by placing it in a 200 square feet room, which is almost twice as the one that is recommended by the manufacturer. In this room, almost all the time someone is in and frequent smoking just makes the air quality low. LEVOIT did an excellent job even in this challenging environment. The air quality was significantly improved, but the air purifier took more time to clean air.

For the best results, it is best to listen to manufacturer room recommendations. LEVOIT gives a two-year warranty on this model. At any time, you can contact California based

customer service, which will help you if you have any problems. This device is CARB certified, FCC certified and ETL listed. Excellent customer support and lots of certificates are proof of quality by LEVOIT. 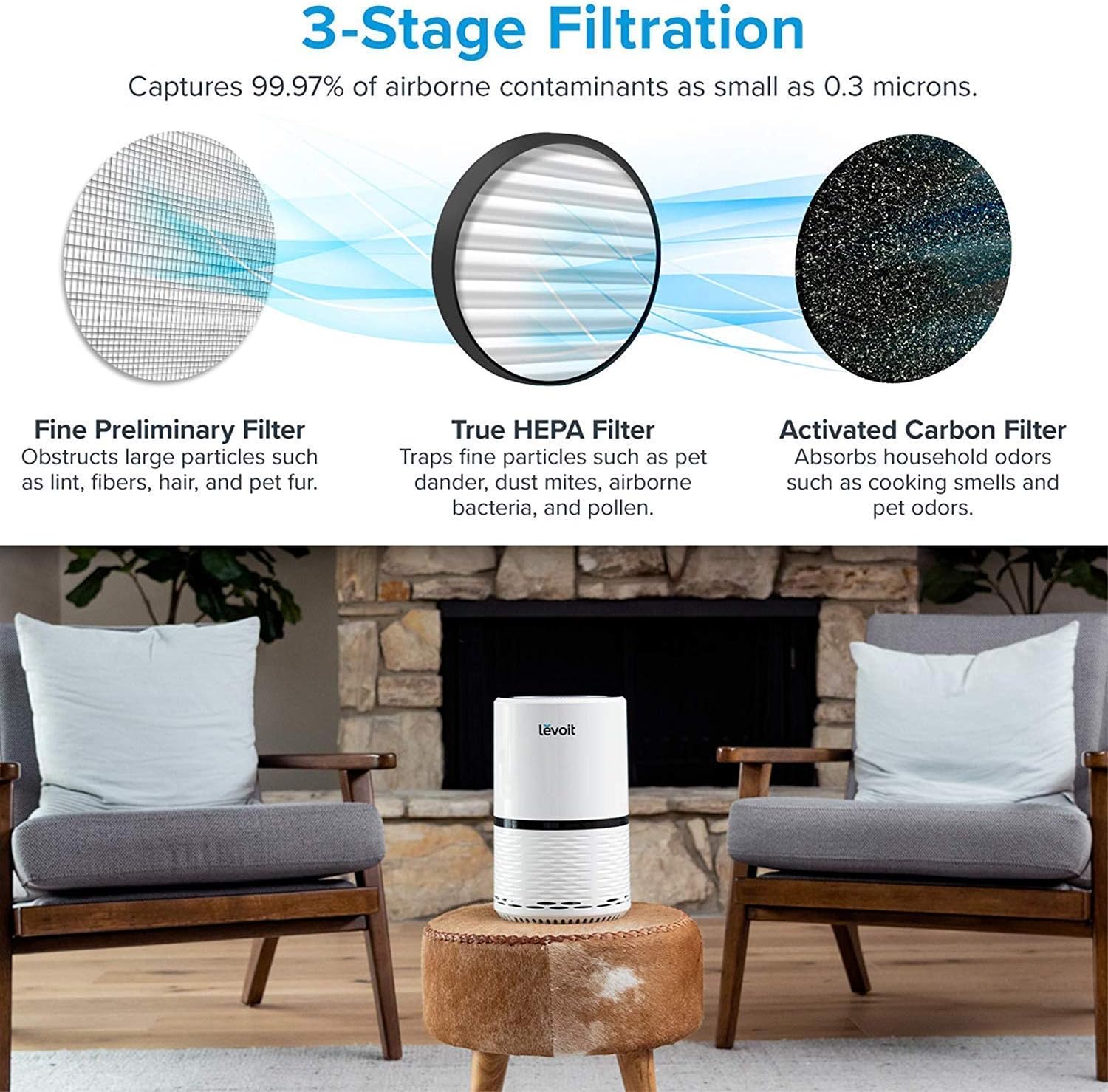 This small device can drastically improve air quality in your home. It is an ideal solution for small rooms like an office, bedroom, and dorms. Simple to use controls will make sure even the beginners will be able to use it.

You can feel air improvement in just 10 minutes after you turn the air purifier on, especially if you use the air purifier in a room smaller than 129 square feet. If you are on the budget and if you don’t need some advanced functions, then buying LV-H132 is the suitable option for you.